Diwan and Young at OxGaps and FCO

As part of the OxGaps Oxford-GCC Business Conference, AGSIW organized the panel “The New Creative Economy in the Gulf.” Chaired by AGSIW Senior Resident Scholar Kristin Smith Diwan, the panel discussed the role of the arts in promoting economic diversification, both by developing new industries and generating a culture more conducive to creativity and innovation. Speakers included Hussa Al-Humaidhi, partner at Nuqat in Kuwait, Malik Nejer, art director and co-founder, of Saudi Arabia’s Myrkott Animation Studios, and Princess Alia Al-Senussi, chair of Tate Young Patrons and representative for Art Basel.

Additionally, Diwan and Young delivered presentations to political officers and analysts at the U.K. Foreign and Commonwealth Office. 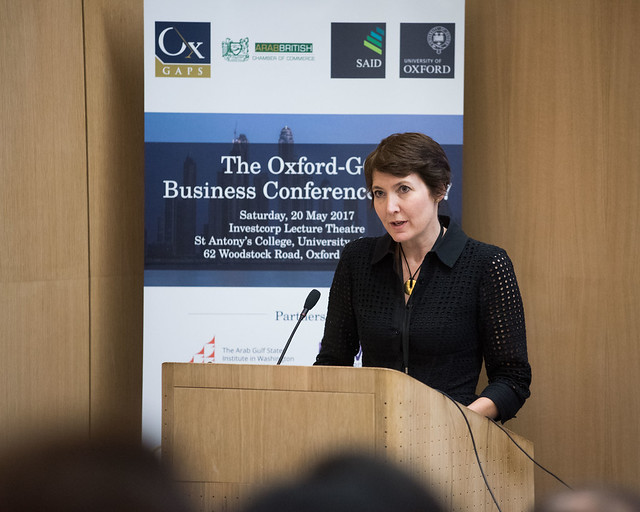