Yemeni youth activists played a critical role in the popular movement that led to the end of Ali Abdullah Saleh’s presidency and the National Dialogue Conference that followed. In the wake of Saleh’s death, and suggestions of new alliances being formed, can Yemeni youth mobilize themselves again to serve as a catalyst for a negotiated end to the war and a transition to an inclusive, postconflict government? Is it even possible to imagine the resurgence of a cohesive youth “movement,” or have Yemen’s young people fragmented along with the rest of society? This panel addressed these questions and more. 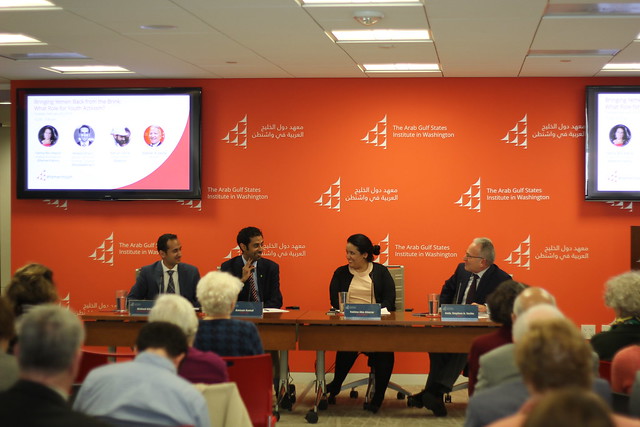