As part of AGSIW’s inaugural Gulf Arts and Culture Symposium, the institute hosted a film screening at the Landmark Atlantic Plumbing Cinema, showcasing director Nujoom Al-Ghanim’s documentary, “Nearby Sky.” The film depicts the unique story of Fatima Alhameli, the first female Emirati camel owner to take part in the Camel Beauty Pageant Competition. Her first attempts to join the competition were met with several tribal disputes, not only by the organizers but also by society. She remained steadfast, however, in her desire to represent Emirati women in this male dominant field, and struggled to realize her goals without being criticized or discouraged. 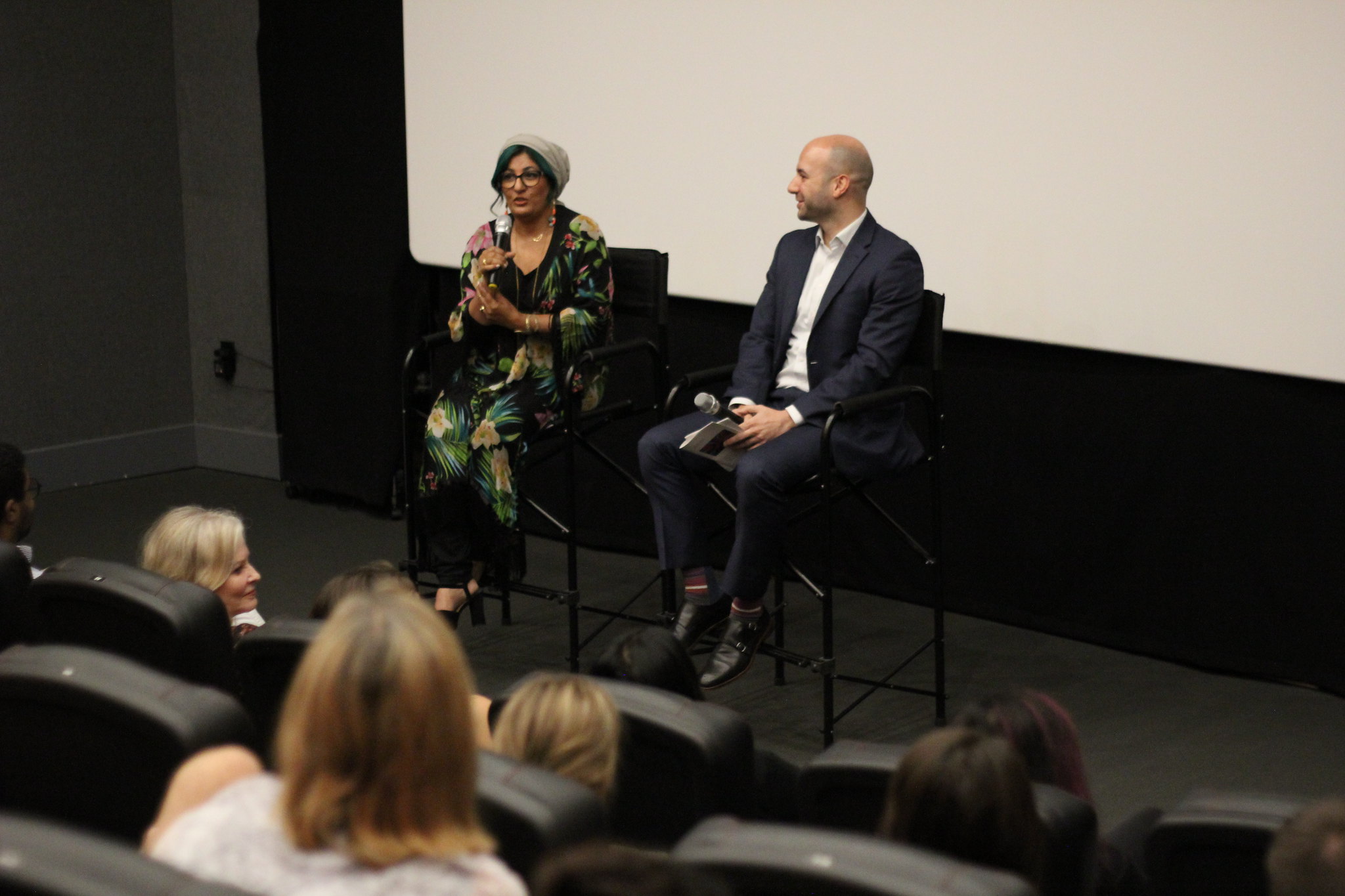