As part of its series, “The Trump Administration and the GCC Countries,” AGSIW hosted a roundtable conversation with H.R.H. Abdullah Al-Saud, ambassador of the kingdom of Saudi Arabia in Washington, DC.

Following Saudi Deputy Crown Prince Mohammed bin Salman’s visit to Washington, this conversation centered on the future of U.S.-Saudi relations, and the challenges facing Saudi Arabia and the new U.S. administration in the region.

Ambassador Abdullah Al-Saud received his education in Saudi Arabia and studied engineering in the United Kingdom. He started his professional life as an engineer with the newly established Royal Commission for Jubail and Yanbu, where he held technical and managerial positions and supervised key studies for the two industrial cities and industrial security and safety sector. In the 1980s, he assumed the duties of acting secretary general of the Royal Commission, a post he held until 1987, when he was appointed secretary general. In 1991, he was promoted to the position of chairman, a role in which he also served as chief executive officer of the Royal Commission and chair of its board of directors.

Al-Saud founded the Saudi Arabian General Investment Authority and served as its chairman from 2000-04. He presented his credentials to U.S. President Barack Obama at the White House on January 28, 2016. 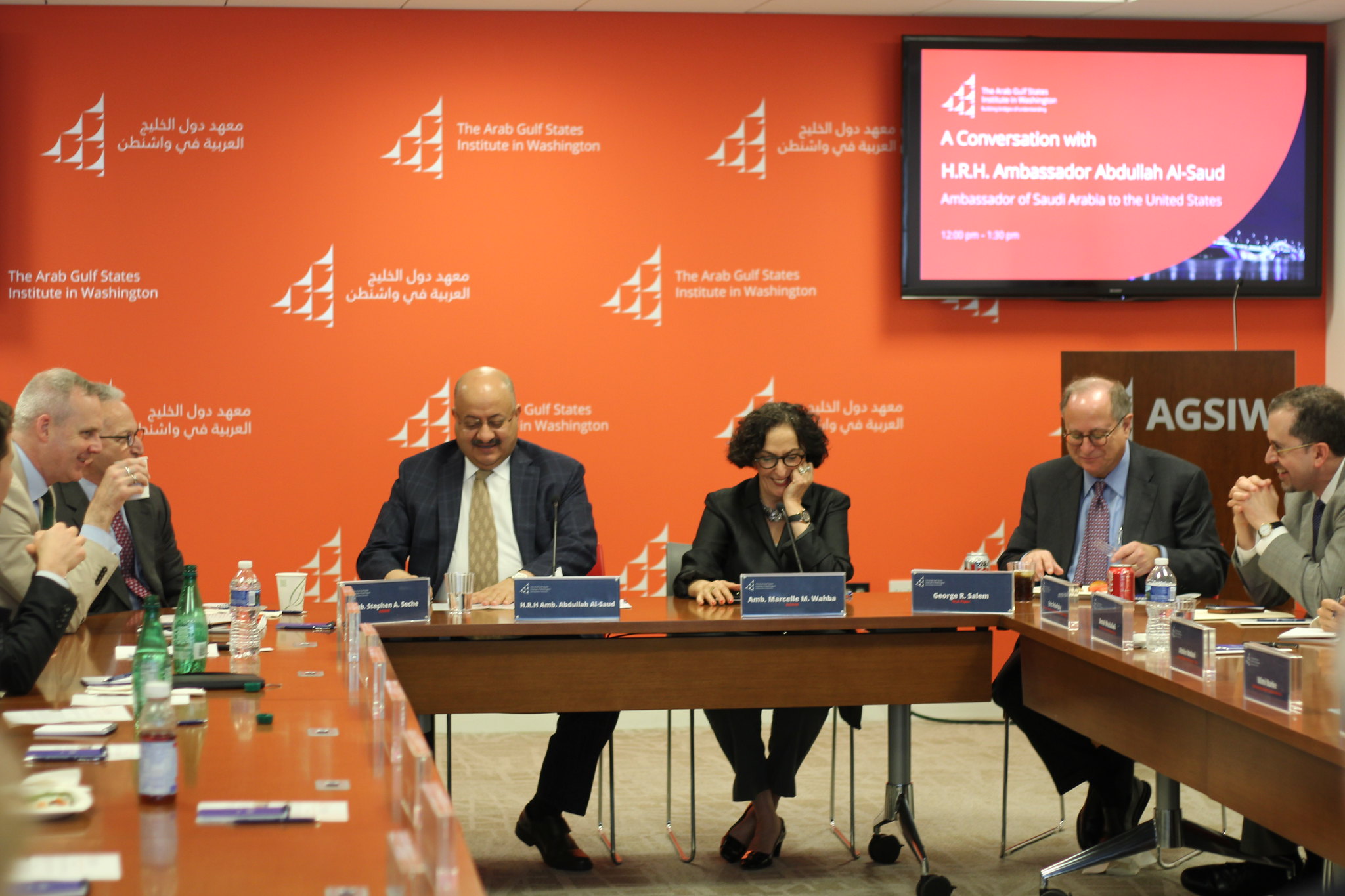