As part of its series “The Trump Administration and the GCC Countries,” AGSIW was pleased to host a roundtable discussion with Dr. Anwar Gargash, minister of state for foreign affairs of the United Arab Emirates. The discussion focused on the future of U.S.-UAE relations and the challenges facing the UAE and the new U.S. administration in the region.

H.E. Anwar Gargash was appointed minister of state for federal national council affairs in 2006. In February 2008, His Excellency was given the additional responsibility of minister of state for foreign affairs. In February 2016, he was formally appointed minister of state for foreign Affairs. Gargash holds a number of positions in addition to his ministerial ones. He is the chairman of the National Elections Committee, and oversaw the UAE’s first elections, which took place in 2006, and subsequent elections in 2011 and 2015. He is also the chairman of the National Committee to Combat Human Trafficking, the chairman of the board of trustees of the Al Owais Cultural Foundation, and member of the board of trustees of the Emirates Diplomatic Academy and leads the UAE team for the Human Rights Periodic Review. Gargash received his PhD from King’s College, Cambridge, and holds bachelor’s and master’s degrees in political science from the George Washington University. 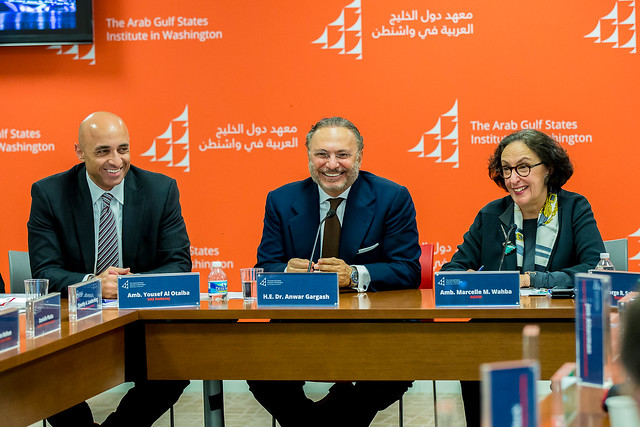