In a time of fiscal consolidation and regional economic reforms, Kuwait has embraced regulatory reform to boost its private sector and attract foreign investment. For example, Kuwait’s privatization laws are among the Gulf Cooperation Council’s most explicit and generous toward access to the sale of state assets to citizens. Kuwait’s success in reducing its fiscal expenditure by slashing subsidies, however, has been more contentious. Domestic politics in Kuwait are revealing new nativist tensions in job creation for nationals, along with pressure from Kuwait’s active parliamentarians.

AGSIW was pleased to host a conversation with H.E. Yousef Al-Ebraheem to address Kuwait’s challenges and opportunities in an age of economic reform.

H.E. Yousef Al-Ebraheem serves as the economic advisor at the Kuwaiti Amiri Diwan in the capacity of a minister, and is a member of the board of directors of the Arab Gulf States Institute in Washington. He has served as Kuwait’s minister of finance, minister of planning, and minister of state for administrative development affairs. Prior to that he was the minister of education and higher education. Al-Ebraheem has served as the dean of the school of business at Kuwait University. Prior to that he held the post of cultural counselor/director at the Cultural Division of the Embassy of the State of Kuwait in Washington, DC. He is a board member of Investcorp and was the chairman and member of the board of directors of the Gulf Investment Corporation. Al-Ebraheem has a PhD in economics from Claremont Graduate University. 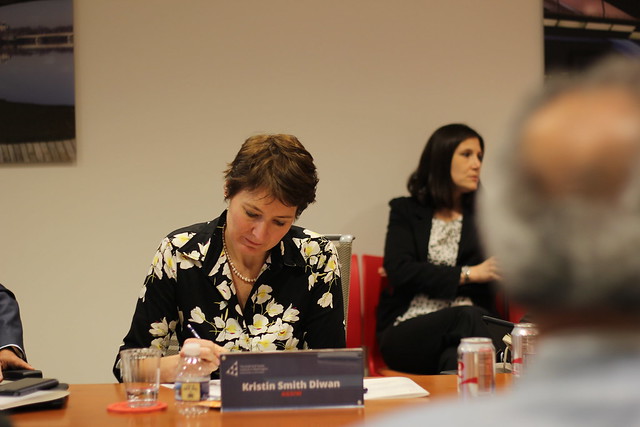