Krane discussed his recently published book, Energy Kingdoms: Oil and Political Survival in the Persian Gulf, where he traces the history of the Gulf states’ energy use and policies, looking in particular at how energy subsidies have distorted demand. In addition, Krane delved into efforts by Gulf Arab states, particularly Saudi Arabia, to address climate change through initiatives that include renewable energy, energy efficiency, carbon capture and storage, and flare management and minimization. 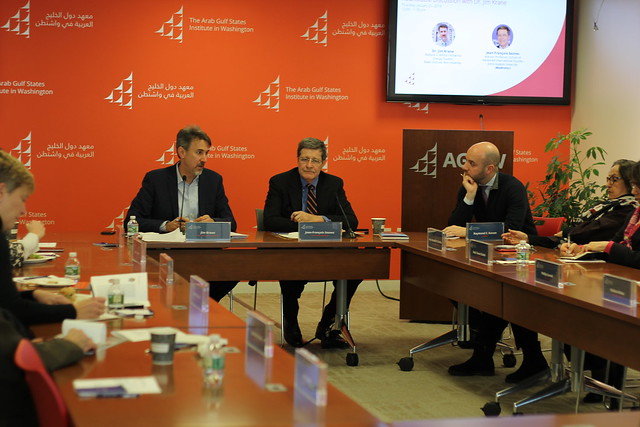