How and why do military organizations become involved in politics across the Middle East and Africa? Looking at numerous case studies ranging from Mauritania to Iraq, Florence Gaub’s Guardians of the Arab State: When Militaries Intervene in Politics, from Iraq to Mauritania picks up where previous literature on Middle Eastern military forces dropped the debate, and provides an updated and insightful analysis into the soul of the Arab armies. On October 5, AGSIW hosted Florence Gaub for a discussion of her recent release.

Florence Gaub launched a dynamic discussion of Guardians of the Arab State, providing an in depth look into the factors that explain how and why Arab military forces become involved in politics. Gaub points out the four key factors that demonstrate how militaries are able to launch coups or political intervention: capacity, desire, lack of government legitimacy, and allowance to act. She labels the first two, capacity and desire, as intrinsic; militaries are able to act because they have the capacity to mobilize a large group of people in a collective fashion, but they only do so when they have the desire to act because they feel let down by the government. The latter two are extrinsic factors; militaries act when governments fail to function as they should and when there is public approval for or a call to the military to intervene when the government is failing them. Gaub emphasizes that the overwhelming support and popularity of Arab militaries among civilians, regardless of their performance, is a major component that explains militaries’ interventions in politics.

During her question and answer session, Gaub commented on the types of coups in the Arab states. She clarified that most coups are “guardian” coups, in which militaries seek to change the government but preserve the political state, rather than “breakthrough coups,” where militaries revolutionize the structure of the political state. When asked to give coup-proofing advice to countries that have seen shifts toward nationalist, military state models, such as Saudi Arabia and the United Arab Emirates, Gaub recommends that governments engage constructively with the military by listening to its technical advice, displaying public support, and increasing military spending. Increases in military spending are usually the first steps governments take after a coup attempt, whether it was successful or not, and have proved to be one of the most successful methods of preventing coups. Gaub was also asked about the economic impacts of coups. She responded by saying that coups often have negative impacts on the economy because they stifle economic activity, create a cloud of uncertainty, and prevent progression. While the economic environment of a country is never the sole reason why military forces act, when they do choose to do so, the impacts on the economy can be felt for years. 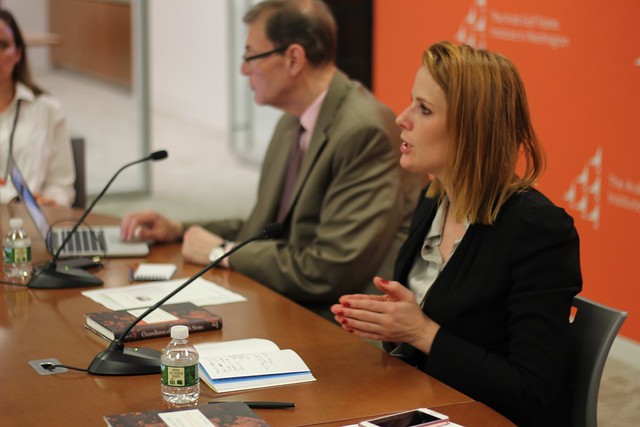