Kuwait projects itself as a champion of Gulf and Arab unity and participatory politics, as embodied in its support for regional institutions such as the Gulf Cooperation Council and, domestically, its own Parliament. Yet today, the Kuwait model of collaborative and deliberative politics is being challenged by a more maximalist approach to regional rivalries and domestic reform. With mediation waning, how is Kuwait managing the standoff between Doha and the quartet of countries boycotting Qatar? How is it responding to the hardball tactics deployed by Washington against Iran and the Palestinians? Is Kuwait adapting strategically to a more multilateral landscape that includes not only the United States, but also Russia and China? Will Kuwait’s more participatory politics yield distinct results in economic development and political inclusion?

AGSIW hosted a conversation around these questions and more. 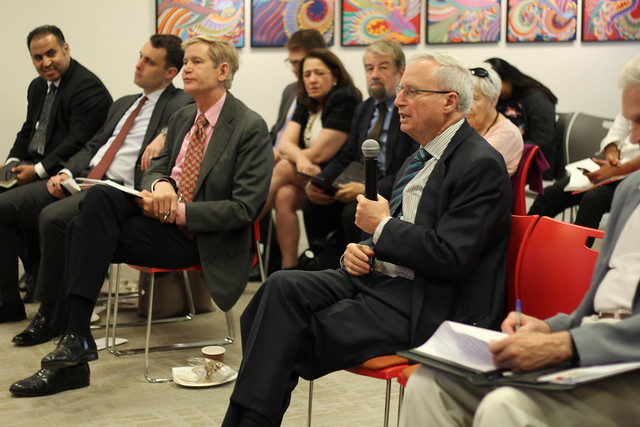