In an era of increasing pressure on governments to streamline their outlays in public expenditure and create jobs in the private sector for a generation of young citizens, Dubai has used its tradition as a nexus city to invite new business and new ways of capitalizing on the skills of both citizens and expatriates to create growth. Dubai’s non-oil gross domestic product speaks to this transformation, which has been underway for some time. On September 29, AGSIW co-hosted, with the U.S.-UAE Business Council, Majid Saif Al Ghurair, chairman of the Dubai Chamber of Commerce and Industry, for a conversation on business and innovation in Dubai and the broader United Arab Emirates, and discussing what ways Dubai can be a model for creativity and growth.

Ghurair began by describing Dubai as a destination city, attracting transplants seeking a good life and job, especially youth who seek a better future. He explained how Mohammed bin Rashid al-Maktoum, UAE vice president and prime minister, and ruler of Dubai, expressed his vision that whatever measures helped business would also be good for the government. Ghurair described how the Dubai Chamber of Commerce is expanding and diversifying; it has offices in Africa, and is looking to potentially open offices in Latin America. Dubai additionally won a bid to host Expo 2020, which will be a large business opportunity.

During the question and answer session, Ghurair was asked about women’s empowerment, and the he noted the establishment of the Happiness Ministry, which is led by a young woman, as well as the Tolerance Ministry. He mentioned the appointment of the happiness minister served as an inspiration to young people. When asked if the recent crisis in Qatar had negatively impacted Dubai, Ghurair said that Dubai is agile enough to adapt quickly to respond to any crisis. Ghurair was additionally asked what advice he would give to others who might want to replicate Dubai’s success story. He explained that in Dubai, they do not assume the government knows better what to do than the people. The government listens to companies, and adjusts its rules and regulations to promote growth and make commerce easier. 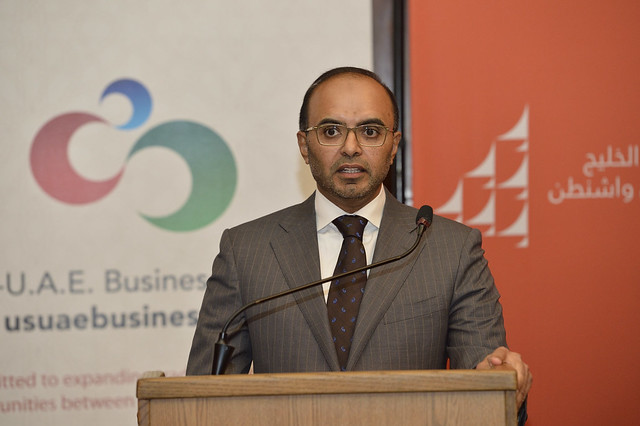