This post is part of an AGSIW series on Saudi Vision 2030, a sweeping set of programs and reforms adopted by the Saudi government to be implemented by 2030.

Saudi Arabia has embarked on an ambitious program of national transformation aiming to diversify the economy away from oil dependence, expand the private sector, and transform government practice. Yet difficult challenges remain. AGSIW’s conference, “Saudi Arabia Transforming,” focused on the key drivers reshaping Saudi Arabia, a year after the release of Saudi Vision 2030.

Session 1: Saudi Vision 2030: One Year Later
Saudi Arabia has embarked on an ambitious program of national transformation aiming to diversify the economy away from oil dependence, to create growth in the private sector, and jobs for young people. Yet difficult challenges remain, particularly in creating new sources of government revenue and reductions in government expenditure. What, precisely, do the National Transformation Program and Vision 2030 plan entail? How do we assess progress on these reforms? What are limits to these aspirations?

Session 2: Culture Shock: Saudi Vision 2030 and Social Change
Saudi Vision 2030’s drive for economic diversification promotes opportunities in new fields such as visual media and entertainment, sports, and tourism. How will these economic changes challenge the conservative culture of the Kingdom? Will it transform gender relations, or conversely, will the absence of women’s empowerment inhibit its success? What role do youth and technology play in encouraging entrepreneurship and improving quality of life?

Session 3: Economic Transformation and Saudi Arabia’s Global Posture
Saudi Arabia’s economy has been closely linked to its foreign policy and national security strategy since the founding of the modern Saudi kingdom. How might this national transformation impact Riyadh’s strategic relations and thinking? Will foreign interventions (in Yemen) and foreign actions (such as JASTA legislation) constrain Saudi Arabia’s ambitious plans for socioeconomic change? 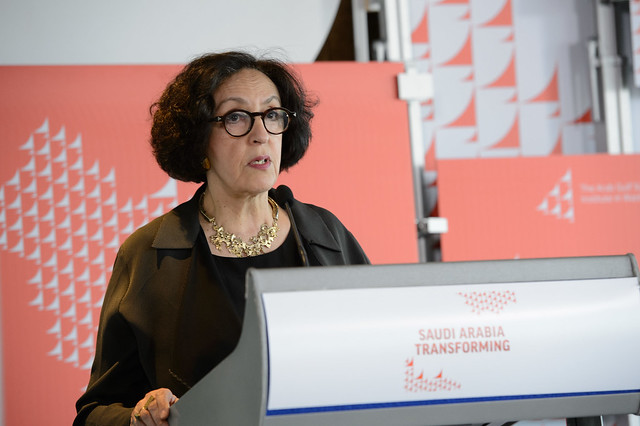