AGSIW was pleased to host a conversation on the arts and culture scene in Bahrain with Shaikha Hala bint Mohammed Al Khalifa, an artist and the culture and arts director at the Bahrain Authority for Culture and Antiquities.

Bahrain is home to a flourishing art scene that is now being recognized by the international art world. The country’s art history predates its establishment as a modern state; it was the first country in the Gulf to welcome art with painting classes in 1919, and the first to open a movie theater in 1937. In the middle of the 20th century the first generation of painters started to emerge, and an arts society was founded in 1983.

Although Bahrain is a newcomer to the world of contemporary art in a global context, Bahraini galleries are making a positive impression at international fairs and several state-sponsored projects are providing space for local art and culture to flourish. 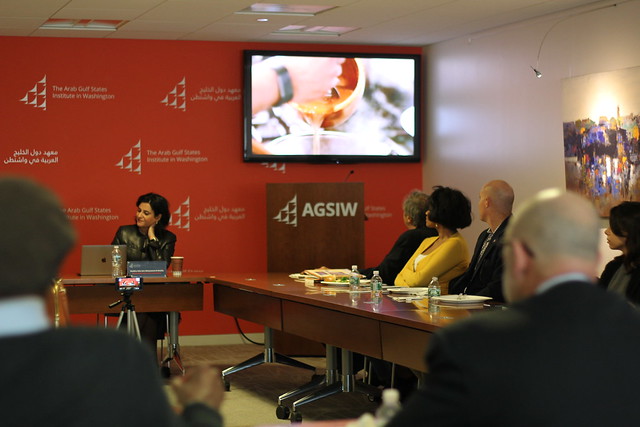 For Saudi Arabia, PPPs represent a critical means to accelerate major projects and attract investment, but they may highlight weaknesses, such as workforce limitations and lack of expertise to execute certain goals.

Beyond the criticism of environmental activists and praise of supporters, the appointment points to Gulf efforts to address the regional dilemma posed by climate change, highlights UAE exercise of soft power, and underscores U.S.-UAE cooperation.

Inconsistent policymaking, slowing growth figures, and a shrinking population may put to question China’s collective strength as an economic partner for the Gulf Arab states.