Well into the second year of the administration of President Donald J. Trump, a new U.S. approach to several key Middle East issues is taking shape. Washington appears committed to staying in Syria while looking for ways to cooperate with Moscow and Ankara, especially to try to isolate Iran. The “maximum pressure” campaign against Tehran is starting to yield striking results, notably on the financial front. A new team is coalescing in the Trump administration to coordinate these new approaches to Syria and Iran – and the Russian and Turkish roles in those countries – and develop an integrated strategy for dealing with the northern arc of the Middle East.

AGSIW hosted Raghida Dergham, founder and executive chairman of the Beirut Institute, and Andrew Peek, deputy assistant secretary of state for Iraq and Iran at the Bureau of Near Eastern Affairs at the U.S. Department of State, to explain and analyze these vital but little-understood developments in U.S. Middle East policy. 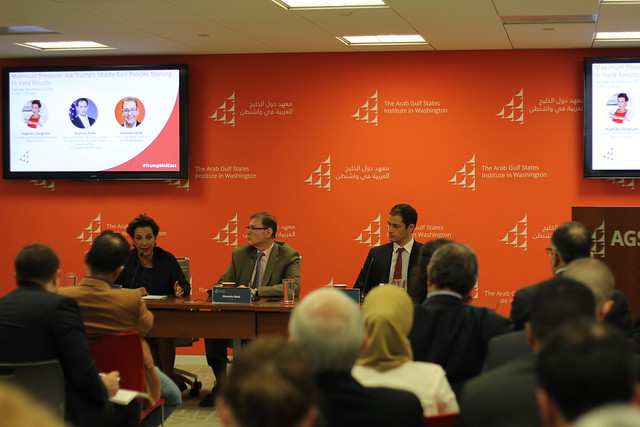