In recent years, Turkey has resumed its historic role as a major power in the Middle East, adopting a new and more assertive role in Arab affairs. New levels of cooperation with Iran and Russia, and heightened competition with Saudi Arabia, the United Arab Emirates, and Egypt, have elevated Turkey’s profile as a potential regional hegemon with a pronounced Sunni Islamist orientation. Ankara’s response to the boycott of Qatar and the murder of Saudi journalist Jamal Khashoggi intensified this perception. Turkey believes it is pursuing its legitimate national interests and resuming its rightful place at the center of Middle Eastern and Islamic affairs after an unrequited hundred-year flirtation with Europe.

Is Turkey a Sunni Islamist version of Iran, wielding sectarian religious appeals and strident political ideology in an attempt to reshape Middle Eastern realities? How are Arab countries and Israel reacting to Turkey’s assertion of its interests? What is the nature of the Turkish-Iranian relationship, especially given the de facto end of the war in Syria? And what does all that mean for the Gulf Arab countries, given the close alliance between Qatar and Turkey?

AGSIW hosted this panel discussion to examine these issues and more. 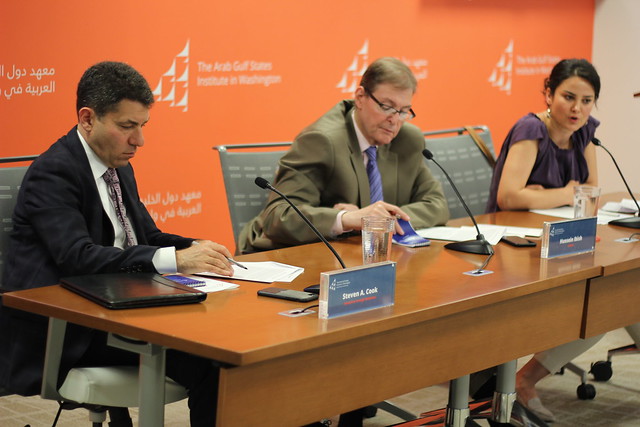