As the Islamic Republic commemorates the 40th anniversary of the 1979 revolution, the Iranian regime is facing considerable internal and external challenges. At home, a restive young population increasingly judges the regime by its performance and not its proclamations. Abroad, the regime faces an assertive administration in Washington leading a coalition that seeks to roll back Iran’s influence in the Middle East. Most importantly, there is a looming political crisis arising from forces jockeying for position in anticipation of a succession struggle after the era of Supreme Leader Ayatollah Ali Khamenei. How is the Islamic Republic responding to these vast challenges and where is it pushing national policy? Are the ruling elites capable of reaching consensus on Khamenei’s successor, and who would prevail in a struggle for power? What do these rapidly evolving new contexts for Iran’s role mean for Tehran’s regional approach and for the calculations of its neighbors, especially the Gulf Arab countries? 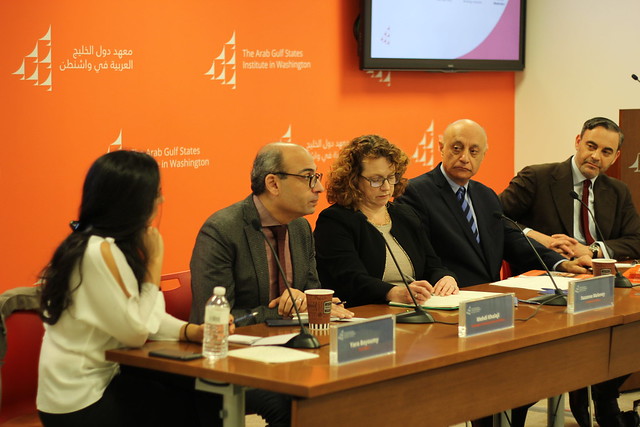