U.S. President Donald J. Trump advocates greater cooperation with Russia, including in the Middle East. But how compatible are Russian and U.S. regional strategic goals, especially over the long run? Can the new administration simultaneously pursue cooperation with Moscow and confrontation with Tehran, given the close partnership between Russia and Iran? Will Washington identify and exploit differences between Russian and Iranian priorities, particularly in Syria? How can Gulf Arab countries adapt to this complex evolving environment and protect their own interests?

On March 6, AGSIW hosted a discussion of how the U.S. and Russian Middle East agendas converge and diverge, and how the prospect of a new level of coordination between them is viewed both in Europe and the Gulf. 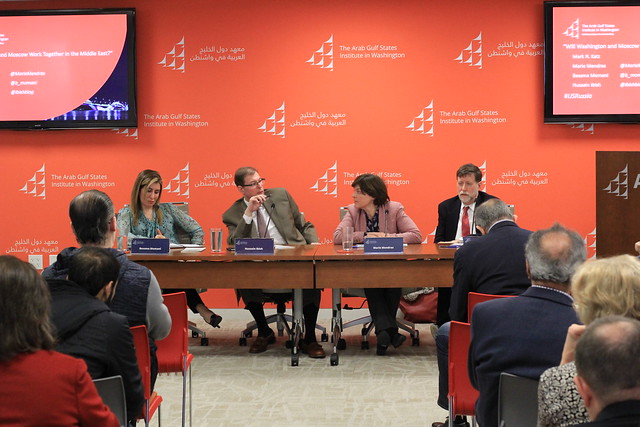